Taste the autumn with this pumpkin chestnut burger. This veggie burger is baked nice and crispy in the oven with oatmeal, garlic and garden herbs. The taste is nutty and sweet. The burger combines well with apple, fresh chard and white cheese. 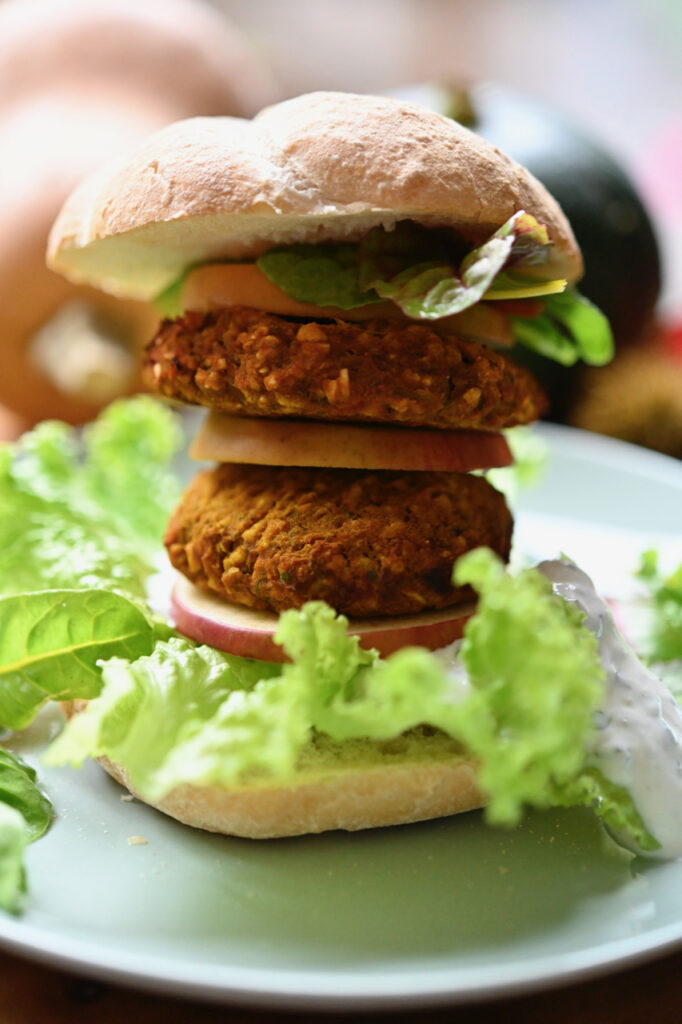 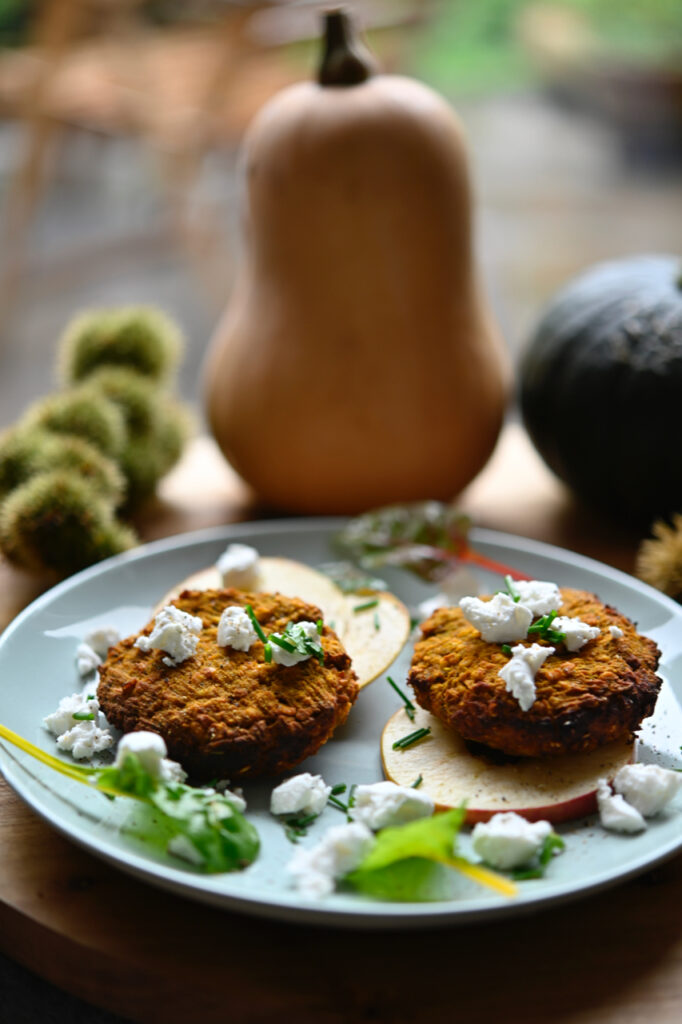 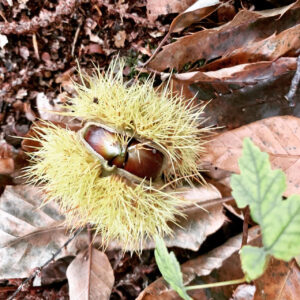 It is autumn again and the first sweet chestnuts are falling from the tree. You can go get them. Make sure the chestnuts are brown. The white chestnuts in a fresh green husk are unripe and still contain a lot of starch, which makes them less tasty. Just like the green banana.

You can recognize the sweet chestnut by its spiky husk with needles, a bit like a hedgehog. The chestnuts themselves are not completely round, but more drop-shaped.

You can roast chestnuts in a fire or in the oven. The chestnut is delicious roasted with some salt and butter. You can also cook tasty dishes from sweet chestnuts, such as these pumpkin-chestnut burgers. Are you leaving enough chestnuts for the animals? 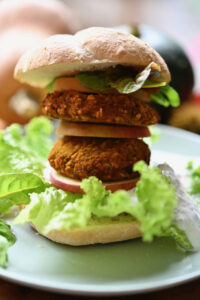 You can traditionally put the pumpkin chestnut veggie burger on a bun. Fun and tasty to build a nice tower of burger, vegetables, fruit and sauce. Preferably use vegetables and fruit of the season. In the fall there is sometimes still some lettuce, but you have a better chance of fresh chard or spinach. This burger is very tasty with apple slices. For even more flavour, roast apple slices in the oven. As a sauce, garlic sauce goes well with it. This can also be a vegan garlic sauce.

As a meat substitute without bread with …. 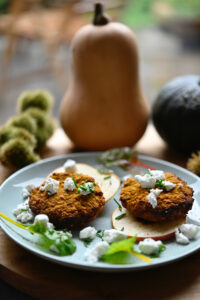 You can of course also eat the burger without bread. For example, as a meat substitute at dinner. Apple and goat cheese combine well with the pumpkin chestnut veggie burger. If you want to eat vegan instead of vegetarian, you can use a vegan white cheese or a cashew nut cheese.

Soon there will also be walnuts to pick up. They also taste good with the pumpkin chestnut burger.

Pumpkin quiche with thyme, cinnamon, goat cheese and a touch of honey

With this pumpkin quiche you put a warming and deliciously scented savory pie on the table with a to...

Do you also feel like slow, hot and spicy dishes? This week a vegetarian recipe for a kidney bean ch...

Taste the autumn with this pumpkin chestnut burger. This veggie burger is baked nice and crispy in t...

Indian pumpkin soup without broth with coconut and orange

This powerful soup has a special taste and a real boost. So much flavor and yet no broth used; it re...